Главная
Блог
Другое
GELOTOPHOBIA AND HOW TO TREAT IT

GELOTOPHOBIA AND HOW TO TREAT IT 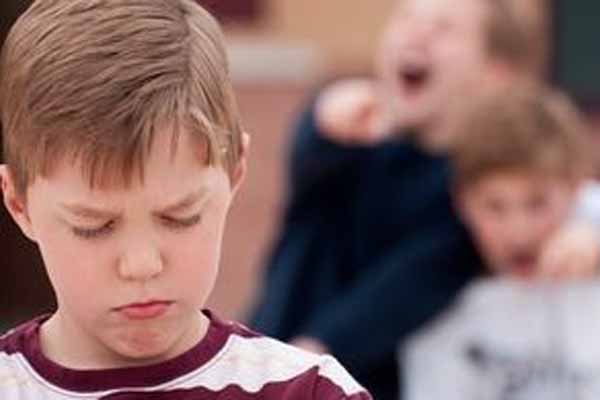 Gelotophobia is a fear of being made fun of. It is a mental disorder that belongs to the socio-phobic category. Of course, ridiculeful criticism is unpleasant for anyone, but only gelotophobes suffer from an increased heart rate, high blood pressure, panic attacks, choking and dry mouth as a result.

In addition, similar reactions occur at the very thought of being laughed at or mocked by someone else. Also with this mental disorder, people are afraid of other people's opinions and think through every step, knowingly trying to anticipate the evaluation of others.

In its acute course, gelotophobia can alter the mental state of the person suffering from it. The person usually has a negative perception of any humour directed in their direction. Or they think that everyone whose laughter they hear is making fun of them by discussing their unattractiveness, stupidity or some kind of flaw.

In almost all gelotophobes, this fear leads to seclusion, driving them away from human contact. Sometimes the disorder prompts the person to engage in anti-social behaviour, forcing them to express aggression regularly. Often it makes him or her a violent and intemperate mocker, whose main ambition is to be the first to ridicule someone before they make fun of him or her.

The condition was first described by psychotherapist M. Titz. He identified gelotophobia as a special form of sociophobia. The mental disorder was presented to the scientific community in Spain in 2008. Scientists gave examples of a lot of gelotophobes. Nowadays, this disorder is being researched in detail by V. Ruch.

Characteristics of this disorder

Nowadays it's believed that the condition occurs in three categories of people:

- people who have excessive, even abnormal egos;

- those who were constantly mocked at a young age;

- those with a complete lack of a sense of humour.

It has been noted that the development of gelotophobia completely deprives the person of the ability to laugh even at perfectly harmless jokes. For this reason, the affected person is constantly depressed, or is always smiling and pretending that they are unaffected by any mockery.

Despite the worldwide prevalence of the condition, it is noticed that persons with this psychiatric disorder in Cambodia and Turkmenistan are more likely to make fun of others aggressively. In Egypt, Iraq and Jordan, they are cautious of situations in which they may be mocked. The population of Thailand is most prone to gelotophobia - about 80%. In Russia, the disorder occurs in 7.41% and is usually of a mild degree.

Some specialists refer to gelotophobia not just as a disease, but as a syndrome. People suffering from this mental disorder have a fear of being ridiculed. They feel that they are actually being ridiculed and feel uneasy about it.

They have no sense of humour. They laugh either very rarely or excessively often and in an ironic, contrived and inappropriate manner. They take other people's laughter to heart and only joke with those close to them. They perceive friendly humour aggressively. Narcissistic and introverted personality traits are typical. The gelotophobe is usually afraid of making a mistake and speaking in public.

Diagnosis of the disorder

R.Т. Proyer and W. Uwe have produced a questionnaire for diagnosing this disorder. It consists of 46 questions. There is an abridged version with 15 questions. Patients are also given audio recordings of laughter with various emotional undertones and pictures of situations that can be interpreted as mocking others in order to determine if there is a mental disorder.

The therapy of the disease is complicated by the difficulty of diagnosis, as negative attitudes to ridicule are taken for granted in many peoples. But it is still necessary to treat gelotophobia, as it is constantly progressing and eventually causes a change in consciousness. Sometimes even severe psychiatric disorders, anti-social behaviour beyond the line of criminal norms, are possible. Usually family and friends compel gelotophobes to see a doctor.

In the psychoanalytic treatment of the illness, the principle is adopted that the less aware the phobia is, the more harmful it is. This neurotic, totally unfounded fear requires that the patient learns to manage it.

If you ask how to treat gelotophobia, the doctor will tell you that the first thing to do is to recognise what unconsciously causes the fear. This will require psychoanalysis. After careful work with the underlying causes of the illness, a sustained positive result is achieved.