Главная
Блог
Другое
What does a person experience before execution

What does a person experience before execution 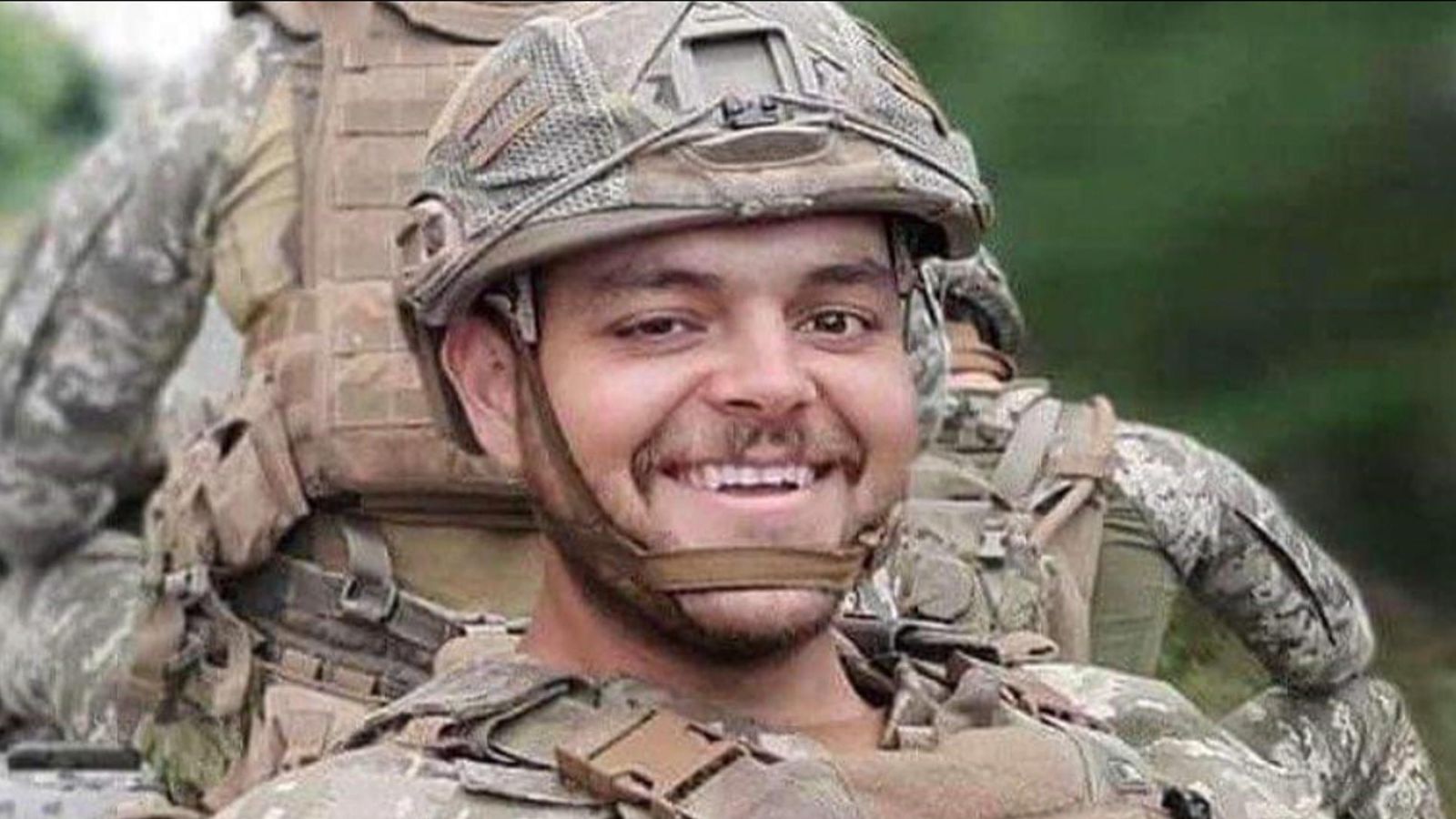 Russia launched a special operation in Ukraine on February 24. Putin stated that his goal is the denazification and demilitarization of Ukraine, and assistance to civilians in the DPR and LPR, who have been living under the shelling of the Ukrainian Armed Forces for the past 8 years. Kiev ignored attempts at a peaceful settlement of the conflict. Western countries supply weapons to the Independent, foreign "volunteers" join the military forces.

Captured and sentenced by the Supreme Court of the Donetsk People's Republic (DPR), Briton Aiden Eslin informed his relatives about his imminent treasury. In Mariupol, a mercenary and his associate Sean Pinner surrendered and faces the highest punishment for committing military actions.

Among more than 1 thousand Ukrainian marines from the 36th Brigade of the Armed Forces of Ukraine, who surrendered to the military of the Russian Federation and the DPR in Mariupol, two turned out to be British subjects. One of them was 28-year-old Aiden Daniel John Mack Eslin, who was captured on the night of April 12-13. In the military unit, he served as the commander of a mortar battery.

Eslin called his family and told them that the Russian military and representatives of the DPR militia warned that "his time is running out." The fighter's grandmother Pamella Hall said in an interview with the British press that none of the official representatives of London tried to contact the prisoner's family or Russia to discuss his future.

In London, nothing really interested in the fate of Sean Pinner and Eden Eslin in Ukraine before they were sentenced by the Supreme Court of Donbass. In addition, he ignored the appeals of his relatives. Now the British authorities are demonstrating an "agitated, sometimes hysterical reaction"

In most cases, those sentenced to death consider the verdict a deep tragedy, but there are also completely opposite reactions. When American Leonard Laws from Missouri became aware of the death sentence, he was seized with uncontrollable laughter. She refused to appeal the case.

A long wait for execution sometimes leads to unexpected cases. So, in November 1986, in Jamaica, two convicts who had been waiting for execution for more than 5 years committed suicide in their cells. American Perry Smith, who was awaiting execution in Kansas State prison in 1960-1965, tried to commit suicide by hunger strike. S. P. Melgunov writes about a Tatar in Butyrskaya prison, who in minutes, while waiting for the shooting, cut his throat with glass. As in 1988 . in the report of the Convention on Human Rights, the Special Rapporteur noted that "those sentenced to death must wait a long time before they know whether the sentence will be executed or not" and "if the uncertainties last for several years."... The psychological effect of this can only be compared with severe mental suffering, which often generates serious physical disorders...."

The long wait for execution has a strong effect on the human psyche. Criminologist Robert Johnson in 1978 conducted a study of people who lived execution of death sentences in prison in Alabama. Apart from the impending execution, most of the 35 prisoners interviewed could not think about anything. They were haunted by thoughts of how the execution in the electric chair would take place, as well as the effect of the current on the body, they clearly and in detail presented the execution in their imagination. They were concerned about how to behave when they were picked up and taken to the execution chamber; whether they would have a tantrum, a nervous breakdown; whether the execution would be painful; how the memories of the execution will affect their families. For many of the accused, such and similar thoughts were obsessive. Some convicts were constantly watching a nightmare in which the entire execution procedure took place stage by stage. The prospect of ending their lives and the feeling of being unable to maintain any ties often made the convicts show less and less desire to meet with relatives and friends. The loss of ties with the outside world and the isolation of convicts on death row gave rise to a sense of abandonment, which caused the condition that R. Johnson called the "death of personality"; in some cases, this situation arose long before the execution. This condition is characterized by deep depression, apathy, loss of a sense of reality, physical and mental degradation.

Most people going to execution are in a state of shock, trance, hysteria, i.e. a state very far from normal.

"It has been noticed that those condemned to execution," writes I. S. Turgenev in the essay "The Execution of Tropman,"upon the announcement of their sentence, either fall into complete insensibility and, as it were, die and decompose in advance, or draw and flaunt, or, finally, give themselves up to despair, cry, tremble, beg for mercy..."

People who have lived under a death sentence are always in the highest nervous tensions. This is some kind of protracted skydiving, where there is a faint hope for a haystack. Naturally, the tension during the execution of the sentence reaches the highest limits of the human body. The stage of insanity is difficult to determine, but inadequacy and prostration are observed in almost every person. The convicts have humility and complete lack of will. It is difficult to single out something individual.

Until the last day, he is not told about the date of execution of his sentence. But the accused feels her approach. He begins counting down the days that bring him closer to death almost immediately after filing a petition for clemency. After all, he does not know when the petition will be considered. Not knowing about anything that is happening leads a person to a serious condition. And ignorance of the question of life and death leads to moral suffering, which, according to some lawyers, is an additional measure of punishment that is not provided for by the verdict. But when they enter the cell for the last time, he understands everything. A premonition of the approach of death is felt by the steps in the corridor and by the intonation of voices. Since then, he has already been in other dimensions. Automatically speaks and answers questions with memorized phrases, completely not understanding the meaning of what he says. It is impossible to assess and convey in words the condition of people who know that they will die soon, because no one could share their feelings at that moment.

Out of the total number, criminals have been identified who do not part with humor even for several hours before the execution. For example, the Rector, accused of the double murder of Ricky Ray, refused a previously ordered pie, said that he would leave it for later, and eat it later.. They make you think about orders in which a single olive with a stone appears, or else... a completely empty tray. What is it, the greatest degree of remorse, the whims of criminals, despair, or the results of long painful reflections on sleepless prison nights…

Waiting for The death penalty is a more severe punishment than life imprisonment.