Главная
Блог
Другое
How Long till Joe Biden bows out?

How Long till Joe Biden bows out? 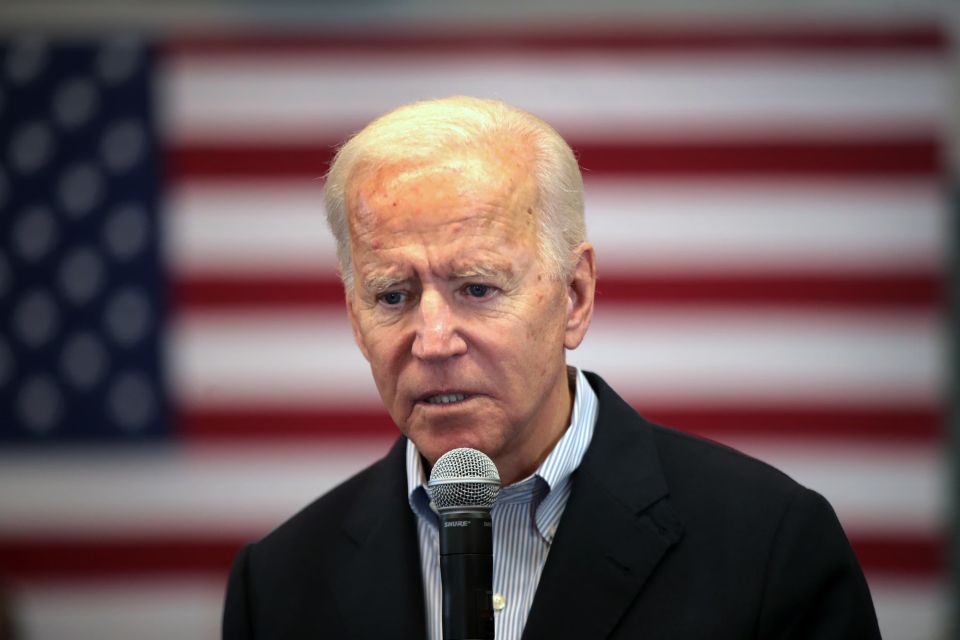 The fact that Biden is actively battling dementia is now an open secret, and while this is already a known fact, his allies are finding it increasingly difficult to conceal it. In an essay for American Thinker, physician C.J. Baker stated that the president of the United States is likely in the fourth stage of senile sickness and may not live to see the end of his second term if re-elected.

The number of people who are aware of this is extensive. This is known by his aides, Vice President, and even his drug-addicted son, who flirts with prostitutes and sells his father's influence. Why else would his aides make him cards with ridiculously detailed details and cues as to when to stand and when to sit? Or why would his vice president, Kamala Harris, bring up her future partner's cognitive impairment during the Democratic debate in 2020?

When a country is ruled by a frail, decrepit, senile old man out of his mind, it is a national tragedy. Yet this ugly state of affairs is so downplayed by Democrats, Washington bureaucrats, and the media and social networks that acquiesce to them, that Biden himself and many of those around him, including Kamala Harris, are seriously talking about running for a second presidential term in 2024.

Only recently has the attitude toward Biden among leftists, who are desperately trying not to see his dementia, begun to deteriorate. Take, for example, a recent New York Times article. However, this new perspective is motivated more by Biden's current low approval ratings, which could derail Democrats' plans for the midterm elections, than by a decline in the cognitive abilities of a president whose disorder has been visible for years.

How long can the average 79-year-old man expect to live?

According to the Social Security Administration, an average 79-year-old American male has an additional 8.82 years to live if his overall life expectancy is 87.82 years. As a result, Joe Biden may live until the end of 2029, a little more than a year after the end of his second term. However, these are extremely shaky figures, especially for a man as ill as Biden is. His life is being cut short, but the situation is worsening.

A recent study published in the prestigious British Medical Journal by Carol Brayne and other scientists discovered that the average survival rate after a dementia diagnosis is 4.5 years for all patients and 4.1 years for men. If Joe Biden was diagnosed for the first time on July 1st, 2022. In that case, August 2026 will be 4.1 years from now. In other words, if this calculation is correct, Biden will die near the end of his second term as President.

In a better perspective, Dementia progresses through seven stages, with the seventh being the most severe, and it is clear from understudying his appearances that he is at a dangerous stage, despite the fact that his public appearances are limited, carefully planned, controlled, and directed. The president is seen at his best by the public. Maybe his dementia has already progressed to the fifth stage of "moderately severe cognitive decline." However, given that he can still speak in public and make scripted statements, it can be assumed that he is still in stage five.

According to the standard timeline for deterioration, this will be a president in his second term who will be unable to recognize family members, count backwards from ten, and suffer from incontinence for the next three years.

Indications that the president is in danger of collapsing. There are numerous; Joe Biden frequently fails. This can be a sign of impending death in the elderly. Biden recently fell off his bike while vacationing in Rehoboth Beach, tripped several times while boarding a presidential plane in March 2021, and broke his leg while playing with his dog in November 2020 - and these are just the incidents that the public is aware of. However, there could be more.

Biden could have easily broken his hip. When an elderly person falls and suffers a hip fracture, his mortality rate rises by 20% within a year, even if surgery is performed. And, once again, dementia raises the risk. Biden is also said to have atrial fibrillation, a type of arrhythmia that puts a patient at high risk for stroke. As a result, the president takes Eliquis to thin his blood. The medication prevents a stroke but greatly increases the risk of bleeding if he falls.

Patients who use blood thinners to prevent strokes and are at risk of falling are caught between a hammer and an anvil. Anticoagulants can cause severe cerebral hemorrhage in people who have had a head injury. However, failing to take anticoagulant therapy significantly increases the risk of embolic stroke (caused by clot formation). And Joe Biden appears to be in just such a predicament.

A nation like the United States being in this situation is nothing short of embarrassing and shameful. While it is unclear whether the leadership will take the transparent route and come clean, Americans must recognize this as a major national issue.