Главная
Блог
Зависимости
FENTANYL KILLS THE FUTURE OF THE USA

FENTANYL KILLS THE FUTURE OF THE USA 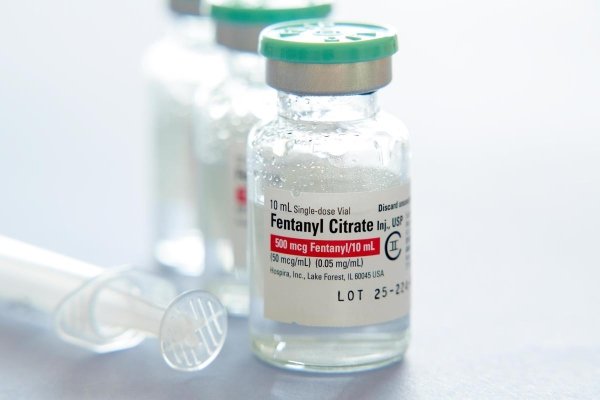 Nevertheless, synthetic opioids (which include controlled prescription drugs, synthetic drugs, and heroin) are not a part of this trend: overdose deaths from this drug group still grow.

Drug Enforcement Agency (DEA) published National Drug Threat Assessment in 2019. The research alerts that the danger of opioids is extremely high and constitutes a serious threat to the significant part of the USA.

According to the research, this growth of opioid death cases can be explained by fentanyl and similar synthetic drugs which were the reason of approximately 70% of all such deaths in 2018.

Jim Carroll, the director of the U.S. Office of National Drug Control Policy, shared his opinion with Yahoo Finance that we faced a crisis which is completely different by its nature from what we have seen before - the addiction is critically high now.

The main reason of this crisis is the significant rise of illegal fentanyl import into the country which happened in last eight years.

Sheila Vakharia, the deputy director of the Department of Research and Academic Engagement at Drug Policy Alliance, didn’t want to join to Donald Trump’s optimism when he announced the break of the growing trend in deaths from drug overdose in 2020 because she found these facts insufficient.

She warned Yahoo Finance that the numbers of people who died from overdose are human lives, and even though the number decreased, it doesn’t mean a victory, but a partial confirmation of the right direction taken by the government in its fight against drug addiction. But since the number of deaths exceeds 57,000, we are still far from the victory.

DEA stated that people could get fentanyl easily in 2018 and now it is even easier to do than before. The drug comes through the south border and from China and it is available even in regions which are quite far from the borders.

Even though China started to limit the manufacturing of fentanyl, DEA doesn’t believe it may lead to decrease of illegal import of this drug because decrease of Cinese traffic can easily be compensated by other countries (like Mexico and India).

‘Penalties may not work’

One of the sources of opioid overdose deaths are the drugs officially prescribed in the hospitals – in 2017 they were the reason of 47 deaths a day. It should be noticed that previously prescription drugs were the main reason of opioid crisis.

Strict regulations and production limitations initiated by Drug Enforcement Agency led to decrease of availability of these drugs by 2018 which is a good example of consistent and successful work on this problem.

But the government needs to find other ways to solve the opioid crisis. Sheila Vakharia told that the federal funding helped the states to develop their plans to face the crisis, and some states shown really good results. But, obviously, it didn’t help to solve the fentanyl issue so far.

Sheila Vakharia regrets that the measures which helped to decrease the death numbers from other drugs didn’t work with fentanyl. Neither regulations nor penalties didn’t limit the growth the availability of the drug and critical addiction level. She proposed that the government should pay more attention to the limitation of harm and proper therapy instead.

The fentanyl threat was recognized a significant problem in a national scale already before President Trump become a President. His government implemented effective measures which aim was to prevent the import of this drug in the country through the borders. So, even though the significance of the threat was acknowledged before Donald Trump, he was the one who declared the war against fentanyl and  proposed the actions.

The most effective steps to limit the fentanyl availability were agreement with China to close the drug transportation into USA, strict regulation of prescriptions of other opioids and introducing the naloxone as a possible opioid substitute.

But Sheila Vakharia told it is still not the best the government could do. First of all, buprenorphine and methadone could also be expanded as drugs which can prevent overdose. She expects these drugs can decrease the overdose death rate even by 50%but currently it is impossible due to legal restrictions.

Indeed, the Donald Trump’s famous act signed in October 2018 didn’t help to make the access to buprenorphine easy: doctors are still facing the limitations while people need it in medical rehabilitation. The act was very effective and even historical (taking into account other measures mentioned in it), but it still could be better.

Still, she admits the actions of Donald Trump’s administration in expanding of Naloxone availability and consumtion as a medication which can prevent the overdose are significant, and federal funding helped to implement this step in many states.

But she also said in DEA research that the main reason of high overdose rates is fentanyl problem which is still significant. The government needs to examine the drug and apply all the possible measures to prevent its distribution in the USA using the federal funding properly.